The Cutest Way to Celebrate the Art of Football

Football and chibis are two things most people can’t associate. Then our creativity came into play and we managed to create cute football illustrations.

The Art of Football. It was the motto of Euro 2016. As designers and illustrators of a creative studio, we also share a common love for football. That’s why hearing the motto of the biggest event for European football fans, made us pretty excited. Our excitement created another deviant idea and we ended up creating cute illustrations of football players.

Football (no we won’t be calling it soccer) might be the most popular sport worldwide and in South American and Europe, it might even be considered a lifestyle. If you see news about sports, it’s probably only about football. Growing up in this kind of an environment, you most likely end up loving football. A person gets their favorite team before knowing what a team actually is and kicking the ball on a daily basis is almost a requirement. So, when it’s time for a national tournament, everything else in life loses its importance.

As designers who love football, we were following goal.com to not miss the important news about Euro 2016. Inspired by the caricatures of Omar Momani, our award-winning illustrator Dilara wanted to combine her style with football. After a short brain storming session, the idea for illustrating mascot chibis for Euro 2016 came into being.

For this project, we decided to create illustrations with two players from each team. With the official background image and logo of Euro 2016, names of the players with the illustrations, flags of the countries and the date of the match, it was going to be a colorful reminder for the next big game.

Since the games for Euro 2016 had already started, we only had time to create a number of illustrations and for that reason, we had to be choosy. To be able to make the right choice, we needed to find the favorites for the tournament. We created a list of teams in the tournament and started removing the ones who were less likely to make the next round and also highlighted the favorites.

With a list of favorite teams, we started looking at the games these teams would be playing and created a list of games that were important. Then, we started choosing the players to be illustrated for each game. We needed to pick players who were popular but at the same time, these players had to have unique facial features, so people could easily recognize them. This made our research more tiresome since we had to look at a ton of photographs and caricatures of football players.

Our Illustrator Dilara, created mascot chibis for her favorite characters a while ago, so she already had a base for the chibis. That allowed us to skip the sketching phase of the project and created the templates for football kits to place on chibis. Since different national teams had deals with different providers, we needed two different templates for kits.

For a project like this, the ideal process would be to illustrate home and away kits for every team and then illustrate faces of the players. But, since we had limited time, we had to focus on the kits and players of the games we wanted to illustrate.

After creating the template for the kits, we wanted to focus on the earliest game of a tournament favorite: Spain! Spain was going to play against Turkey and Arda Turan who was playing in Barcelona at the time was going to play against some of his teammates in a national game. Illustration of Spain – Turkey game allowed us to see if this flat chibi style was applicable to real life football players. Since chibis are usually without facial hair, choosing two players who had beards allowed us to test this while challenging ourselves.

On one screen, multiple references for the players and on the other Illustrator, we started illustrating. Having the same base for every player helped, so only the color needed changing. But of course for every player, there had to be different hair, eyebrows, mouth needed to be created and maybe, facial hair as well.

We had doubts when we started the project, but seeing the illustrations resembled more than we hoped this style would allow, we got even more eager and added shadows and highlights to finish the illustrations. To finish up the design, we used the official background pattern of Euro 2016 and added the logo of the organization between two chibi players. After adding the flags of the countries and the name of the players, the only thing needed was the date of the game to create this fun reminder for the games.

When we had Spain-Turkey game’s illustration ready to go, we started to consider the presentation of our illustrations. This fun idea became a fun product and we wanted to present it in a way that matched its quality. And presenting it as a blog post or creating a case study just like this (yes, eventually we did it) wasn’t fulfilling by itself.

So, we started considering social media and as a design studio, it wouldn’t be right for us to publish too many posts related to football. So, we reduced the number of games we wanted to illustrate and only share the illustrations of the games we were going to watch.

When Dilara started missing the games trying to finish the illustrations, we decided to freeze the project. By the time we froze the project, we have already shared illustrations for two games and we didn’t forget to mention one of our favorite players, Ibrahimovic for the post of Sweden – Belgium game illustration.

We received wonderful feedback even from people who weren’t accustomed to chibi style with this project, but it being time-consuming, we decided to stop Euro 2016 Mascot Chibis project. We’re saddened for having stopped this fun project, but with our passion for creativity, we will be creating projects just like this. Actually, while the 2018 World Cup Russia just around the corner, we’re considering reigniting this flame. Well, we will see.

“It started as a weird idea. How many people can there be who watches football and likes chibis at the same time, right? But we're incorrigible creatives after all. In the end, this unusual idea was tempting. My only regret is that I couldn't finalize the project since it needed tons of time to create those illustrations. But, I'm still pretty happy with the results.”

Let's talk about your projects!

Cookies help us give you the best experience possible on our website. If you keep browsing, that means you’re ok with it.

YOU DON’T WANT TO MAKE 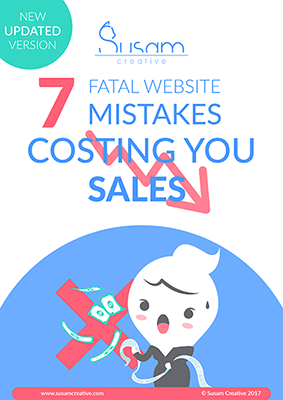